4 developments you can expect to see on Australia’s East Coast in 2018.

4 developments you can expect to see on Australia’s East Coast in 2018.

The latest AI Group Construction Outlook Survey, released in November, has forecast construction activity in Australia to expect a substantial upturn over the next few years.

It reported that major project work would see a 7.1 percent lift in 2017-2018 and another jump of 6.8 percent in 2018 – 2019. The key drivers behind this rise are said to come from public sector spending on transport, infrastructure projects and higher levels of private sector investment in commercial infrastructure.

With such a positive outlook for the construction industry seeing us into the New Year, we thought we would take a look at some of the welcome projects in the pipeline for Australia’s east coast in 2018.

Groundworks for Queens Wharf, the mixed-use project set to transform Brisbane’s CBD, will commence next year. This will involve excavation work to remove around 600,000m3 of spoil, creating the foundations for the car parks and basements of the core development.

Probuild has been carrying out demolition works of the area throughout this year in preparation for this next stage and progress made has been positive. With recent updates reporting that demolition of the Executive Building, the biggest building to have been demolished in QLD, is currently at level 3 and soon to be at ground level.

At peak construction Queens Wharf will supply Queensland with more than 2,000 construction jobs, so it’s great to see things moving closer towards project development kicking off. 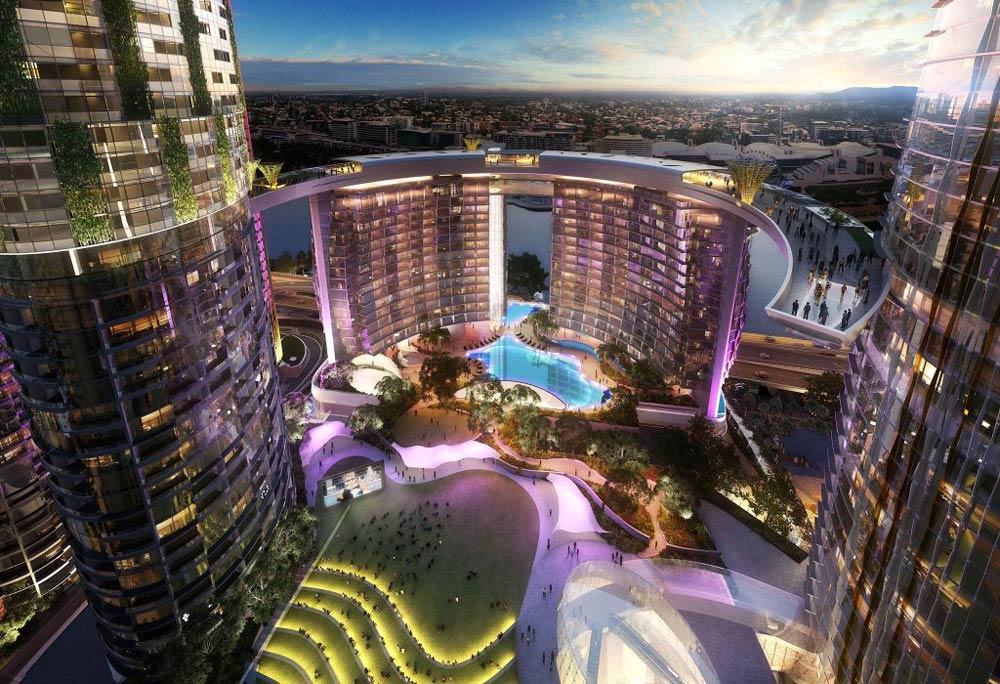 Once complete in 2025 the 3 billion dollar development will boast:

The vision for the development is to mark Brisbane on the global map as a destination for tourism, leisure and entertainment and we’re looking forward to watching Brisbane’s CBD transform as it goes up.

The second development on our list is the proposal for Millennium Square in Bowen Hills. The transit-oriented development is the brainchild of News Corp Australia who has partnered with PwC Real Estate in order to revolutionise their facilities into a ‘world-class multimedia hub’.

If the proposal for the development moves forward the first stage of the project, which will include a 44,000sqm commercial tower, is expected to begin at the end of 2018. 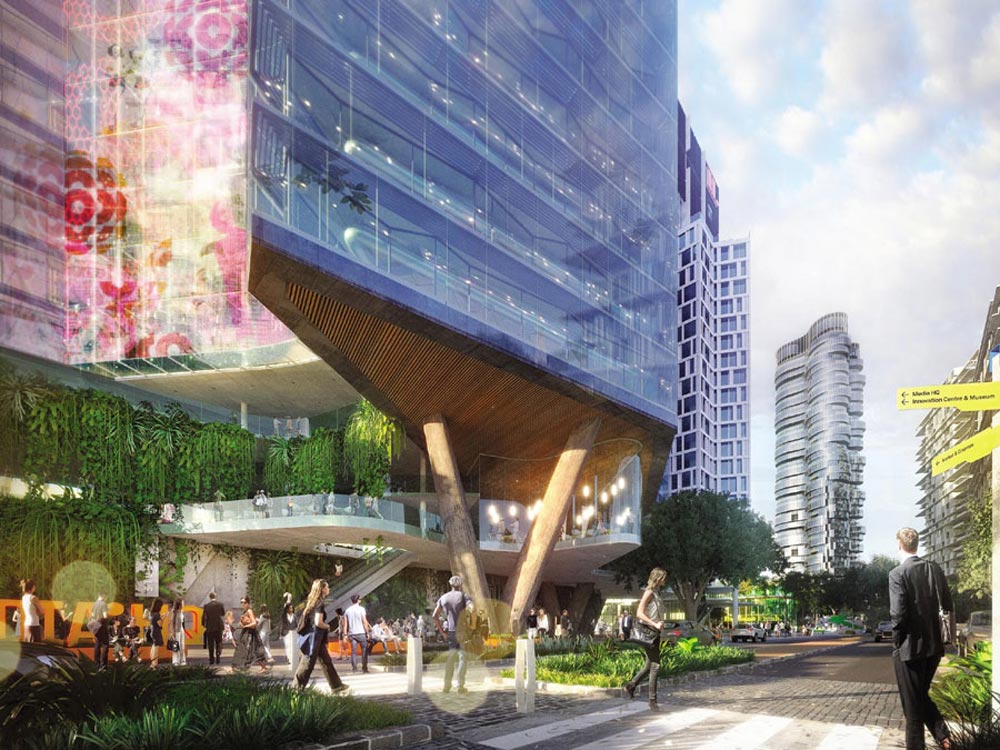 Stage one will become home to News Corps business divisions, The Courier-Mail, The Sunday Mail, The Australian, News Regional Media and Sky News. With the second stage featuring:

The retail centre will also be linked to the newly redeveloped Bowen Hills train station, making accessibility for commuters a breeze.

One of the most interesting elements of the Millennium Square is its location in Bowen Hills. If it goes ahead, Brisbane will see yet another business hub developed just outside of the city, confirming that our CBD is well and truly expanding.

The Gold Coast has experienced a development rush in the lead up to the Commonwealth Games next year. Fortunately for those construction employees in the area, there is still a substantial amount of work left in the pipeline following the Games development prosperity.

One of those projects being the redevelopment of the Gold Coast Airport. The initial 2016 start date for the airport’s redevelopment was pushed back to begin after the Games in 2018, as there were fears it would not be ready in time for visitors coming to the area for the sporting event.

The 5-year plan for the redevelopment is expected to include:

The plan for the redevelopment is to accommodate expected growth to the area in coming years, which has been forecast to exceed average growth rates seen in other Australian airports.

The last development on our list is the Sydney Fish Market. Construction on the long-awaited revitalisation of the Fish Market, by the NSW Government, will begin late next year just a few hundred meters away from its original site.

The development will cost the state 250 million dollars and comes as part of the 20 billion dollar ‘Bays Precinct’ redevelopment of 95 hectares of waterfront land.

The NSW Government employed a Danish and Sydney Architect to develop the striking design proposal for the Market, and it made the cut for this year’s World Architecture Festival shortlist. As well as having more restaurants, cafes and bars than the original site the new Fish Market will also feature an outdoor waterfront promenade area with dining options.

It has been projected that the development of the Fish Market will see tourism to the business double from 3 million to 6 million per year and it is hoped that it will put a spotlight on the industry internationally. Not just as a tourist destination but as a trading facility across the globe.

With so many projects in the pipeline now is a great time to get in contact with our team if you’re thinking about taking on a new opportunity in the New Year. Head over to the Contact Us page to find your nearest office and have a confidential discussion with us today.

Where will we see job demand in the commercial construction sector in 2021?