What Defines an Employer of Choice?

What Defines an Employer of Choice?

People talk about employer of choice all the time, but what does that mean in the construction industry? Does your employer insist you work on Saturday’s? If so – why? 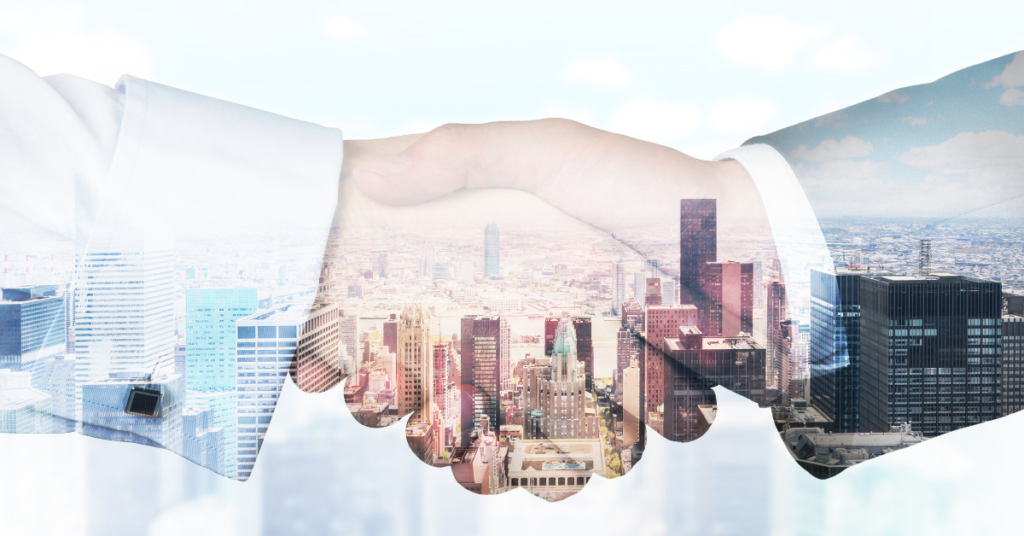 The short answer is that it means different things for different roles. So, an employer of choice for a Contract Administrator or an Estimator would be very different from a Site Manager or a Site Supervisor.

For site staff, if they don’t have to work weekends, that’s a massive lift, and unions are pushing for a five-day work week on bigger jobs, so if that could be introduced into the business, they’d certainly be an employer of choice for Site Supervisors.

For office-based people, it might be about the flexibility of doing part days from home or a hybrid work environment of one day or more from home and the rest from the office if necessary.

So what’s actually happening out there?

Before COVID, in the bigger companies where a lot of the project staff are all site-based, we were getting a lot of CA’s who no longer wanted to be CA’s because they were working Saturday’s, and sometimes also Sunday’s. They were doing 12 to 14 hour days during the week, and then maybe extra on the weekend, and that’s because they felt either there was not enough staff on the project or it involved a really difficult client. The time frames were so tight when they had to procure trades or procure materials to keep in line with the program. Basically, the hours were asking a lot of them, and we’ve had people saying straight out to us that they won’t consider moving jobs because currently they were doing 40-45 hours a week and felt they were on decent pay. So, even if the other job paid more, they weren’t interested.

For example, we had one intermediate CA who was on $120K, and our client’s job was paying $140K to $145K, and they said the extra hours meant it wasn’t worth the extra money to them. We are seeing this more and more, an attitude from employers that work comes first above everything else. There is a gap between what the employer and the employee expect from the work environment, which can also be generational. For example, depending on how advanced you are in your career, an employer of choice might mean extra holidays – an extra week or similar, or additional perks such as toll road reimbursements or paid parking.

It could also mean more than this. We have PM’s wanting to go into design management roles because switching roles can mean working fewer hours. We’ve found that hours are one of the biggest reasons for consideration when looking for an employer of choice, followed closely by work flexibility. The term employer of choice is so broad, as it can mean so many different things to different people, so it all must be tailored as people are at different stages in their life.

For a sub-30-year-old who is unmarried and with no kids, an employer of choice might mean work/life balance and not doing 60 hours per week. Then for people who have a young family and a big mortgage, it might just be about more money and that they need to make this work for their family.

Top 5 – What constitutes an employer of choice from the employee’s perspective? 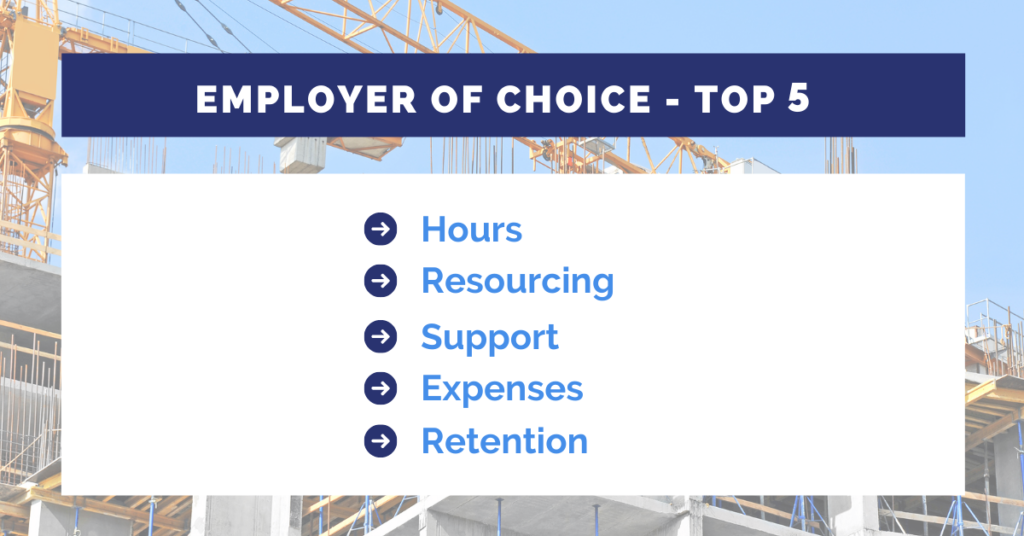 From the candidate’s perspective, it’s good to look for fair, open, and honest businesses. Where they let people know what their expectations are, and if they say they’re going to do something, they will follow it through. And one of the ways of doing this is to look closely at your contract for all those stipulations, and if there are any that are not in your contract, speak to your hiring manager and ask them about it, get an answer, and then confirm it in an email with them.

The Importance of Attitude and Aptitude for Construction Cadets: Stand Out From the Crowd

Keeping your foot on the pedal: recognising and avoiding complacency at work

Achieving a pay rise in your performance review