Aside from salary, we are often asked by candidates about the best way to go about negotiating benefits with a prospective employer. 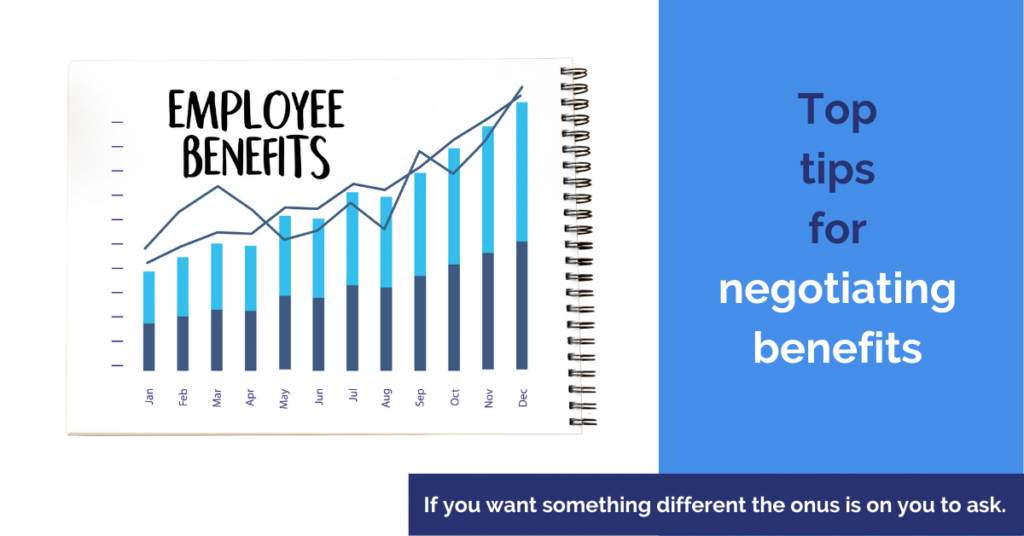 Firstly, what is a benefit?

Benefits cover more than just the standard package on offer. It can take many forms as everyone’s circumstances are different. However, some common examples are:

Negotiating benefits – What not to do

First, we must point out that we are not here to say whether people should or shouldn’t work 4 or 5 day weeks, nor are we saying whether people should or shouldn’t work 40, 50, or 60 hours per week. It is up to the individual to consider what special benefits they’d like (if any). We don’t recommend overworking, but aside from that, how much you work and the types of benefits you seek from your workplace are completely up to you.

We will say that one thing we’ve seen a lot of over the years is that people leave it too late in the process to ask for what they are after, which can become a problem.

Some feel they want to get buy-in from the employer about them as a candidate before raising benefits with them. This way, they feel the employer is engaged and entrenched in the process with them and that it’s harder for the employer to say no. And we’ve seen it where some people have secured what they’ve wanted, but what we’ve also seen from the employer’s perspective is that they really don’t appreciate this type of approach. We have seen this approach spoil the longer-term relationship the candidate has with their employer.  It often irks them at the time, and they remember that, making them look more negatively towards you down the track compared to if you’d just been straight up front and told them in the first or second meeting, ‘this is what I’m looking for’.

You need to determine if it’s a two-interview staged process or not. A cue could be if they don’t ask about salary expectations in the first interview, then chances are the employer will ask about salary in the second interview. This is when it’s fine to raise all the finer points of what you are after in the second interview because then you’re at the stage of having that deeper conversation. So, in that instance, the first interview could be purely to learn about your capability and approach to work, etc.

So, dependent on the process, what we’re saying is that the conversation needs to happen in either one of those two meetings, not after the fact, or when you start to have a conversation about whether you will have an offer – that would be considered the wrong time.

In our experience, it works well when people are upfront. Though, in fairness, we’ve also seen where it hasn’t worked in the candidate’s favour, where the company didn’t want to accommodate what the person was asking for – which at the end of the day, was the better result as well, because there was no misalignment of expectations, which is a major cause of candidates / roles not working out.

It’s important to understand the interviewer won’t necessarily ask if you have any personal requirements. Interviewers are interviewing, to determine your capability and your personality. So, for the interviewer, unless you speak up, they won’t know whether you want to do things differently or not. Therefore, if you’re the one wanting something different, then the onus is on you to ask.

It shows an openness about it being a two-way conversation, where they are telling you about their company, and you are telling them about yourself and the important things to you as a part of the package you bring. It’s about setting out your expectations transparently because the moment you go to these interviews, if you haven’t said that you want something different, then the expectation is that you want the same as everyone else.

So, the biggest tip we can give – in interviews, and in general, it’s critical to be honest about who you are, your capabilities, what you know, what you don’t know, and what you’re after. 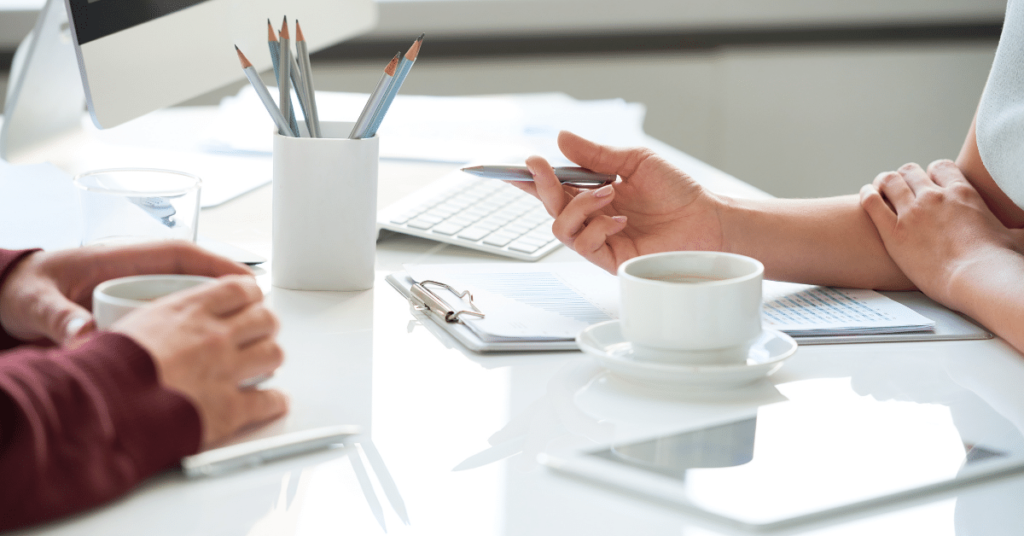 How can a recruiter help?

If what you want is more significant, then this needs to be brought up with the recruiter before there even is a meeting with the company. Then, your recruiter can express it to the employer to ensure whether it’s something the company can accommodate or not. Otherwise, you risk going to the meeting, potentially having a good discussion, then raise something you want that is significant, and the company turns around and says they can’t accommodate it… that’s wasting everyone’s time, for example, wanting a 4-day week, just to be told that the company doesn’t do that at all. So, the first place to raise anything substantially different to the norm would be with your recruiter.

Does the current job market affect the benefits I can ask for?

Not particularly, it’s all relative, as it’s important to note that the market isn’t always buoyant. Building mutual respect and understanding will see you gain further opportunities to progress, so do evaluate what’s most important to your career goals when asking for extra benefits and remember that every business has its financial constraints

Negotiating benefits and the annual review

If you still would rather raise things at a later stage, then your annual review is where you can raise it.

However, if it’s integral to you doing your job, or if it’s something substantial that’s putting pressure on you and making you think about leaving your job, such as your circumstances have changed, then don’t wait, raise it, and have that conversation. A good employer will understand that.

But if it’s smaller, extra benefits that you are after, then definitely wait for your annual review to discuss them as you’re not going to gain anything by raising these matters earlier but could potentially put your employer off.

It’s advisable to talk to your recruiter first – give them the broad brushstrokes, particularly if it’s something substantial you want. For the things that don’t affect the way you work, you don’t need to tell the recruiter, eg. wanting benefits such as gym memberships, or a car park as a part of your package etc – that’s more a conversation for when you’re in the meeting with the company when discussing salary with them.

Then, the main thing is not to wait until it’s an offer or three months in, before raising what’s important to you and your individual needs. Raise it in one of your interviews. Raising it later can set the wrong tone for your new start. Don’t forget that you will be working with these people and company, hopefully, for quite a few years to come.

Transitioning from head contractor to client side: is the grass greener on the other side?