In our current job market, candidates want more information than ever about a job before they are willing to put up their hand to meet with a business. BUT how much information do you really need to be interested enough to put in an application? 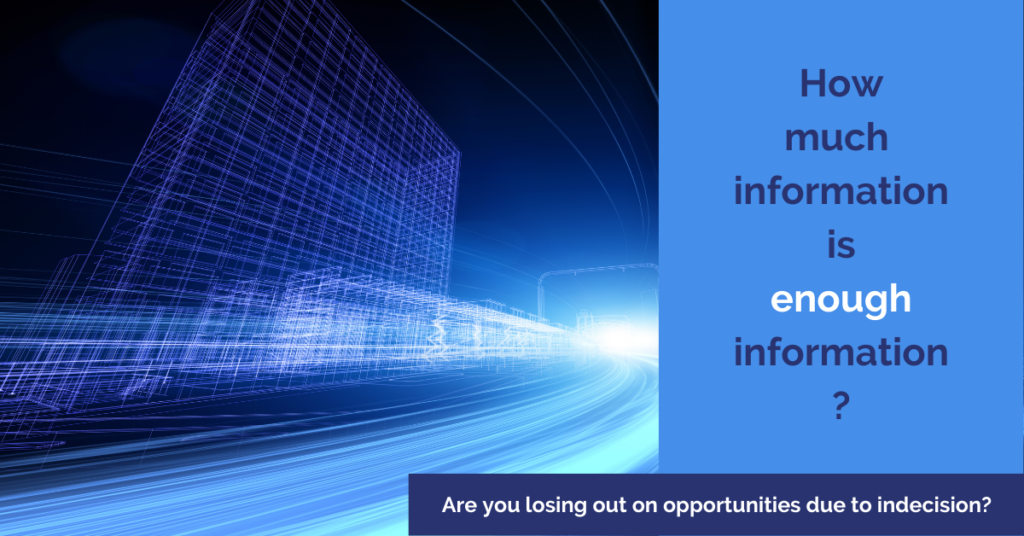 As a recruiter, we can obtain information on a job brief, but when it comes to matters of career progression, future project loads, etc., a lot of that is intellectual property. Businesses won’t necessarily talk about tenders that they are currently working on because some of them, whether defence or government jobs, you’re not allowed to until the awarding of the job is official. Also, some companies are hesitant to say they’ve tendered ‘XY and Z’ because then some people will question why they only won ‘X’.

Look, it’s good for candidates to have questions, but for some questions, you’re not going to get answers until you are willing to speak directly with the business.

Currently, we’re in an environment where more jobs are being advertised, and fewer candidates are there to fill them. As a result, it’s becoming increasingly difficult to find qualified people to fill roles. In this candidate-short market, there is a real risk of analysis paralysis and the indecision involved regarding how much information is enough information to decide to take a step forward?

So, what’s causing the issue?

From what we’ve seen, the issue is that people simply aren’t meeting with people. There are three prongs as to why:

We’ll focus on the latter cohort.

Why people must meet people

There’s so much about your workplace that comes down to meeting the people you’re going to work with. Ultimately, all the tasks are the same in most jobs, and the responsibilities are the same or near enough. So, the things that will make this job / company a better opportunity for you are rarely explained in the written communication you receive about a job. For example, we could ask them to give us a more detailed job brief – and they’ll say it’s an ‘X’ project, where you’ve got these team members, and ‘XYZ’ will be the salary range, and they plan to train the CA to become a PM, and yes, they offer flexibility / WFH options.

As you can see, it’s not covering important questions you may have, such as what the career progression actually entails. How will the CA be trained to become a PM, or Foreman to become a Site Manager? What do they mean by flexibility and WFH options? These things mean different things to different companies and managers, which is not in the job brief. That’s something for a one-on-one conversation between the prospective person and the business. The answers to these questions are highly dependent on the individual and where they are in their career, what the company’s work environment is like, and how they go about providing career progression. 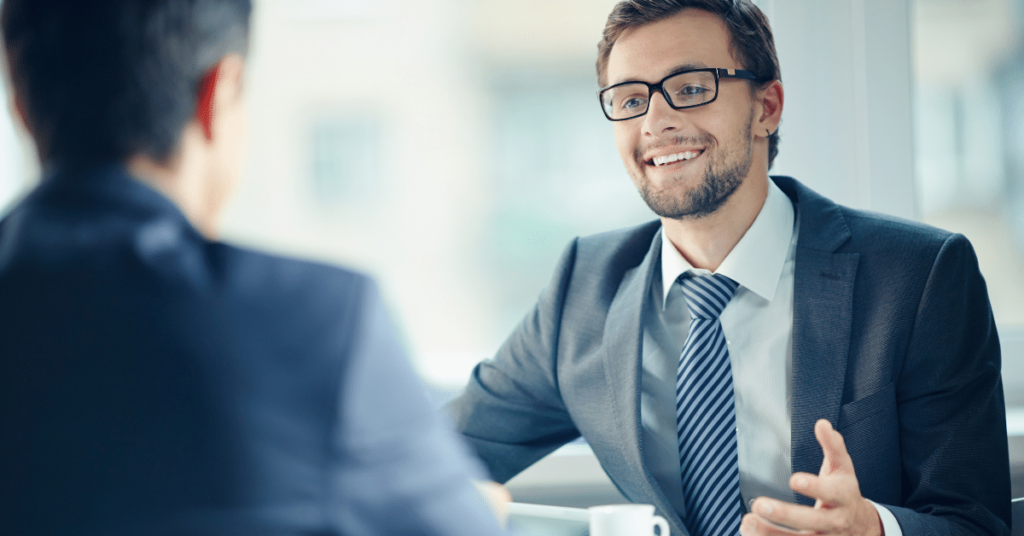 From the company’s perspective, they will want to determine the following from the individual:

There’s a whole bunch of different aspects that candidates are asking about, that honestly, until the business meets with you, they can’t answer the question effectively other than to say generically, “yeah, we progress people from a CA to a PM”.

So, pushing for certain types of information before a meeting isn’t going to help a potential candidate make decisions. Even if a role ticks some or all the basic boxes, people are still often too hesitant to just say, “let’s go and meet”. However, they shouldn’t be as it’s in the meeting that they will get the real answers they are looking for to make the decision about whether the role is a good one or not.

There’s a real risk of ruling out too many great opportunities for the sake of waiting on extra information, which will never be in-depth enough to base a decision on. So, we’re seeing many people confusing a decision between the job, as opposed to deciding on just going to have a meeting. Naturally, the opportunity must be in the ballpark of what you are interested in. We are just saying that it does not have to tick absolutely every box at this stage of the process, and you won’t know how many it will tick until you meet the people / company.

Look at your priorities through a different lens

Look at it this way, many will take time out of their day to attend a networking or industry event, a lunch, a breakfast when one of the best things you can do for your career is to go and meet people who already have a job that you could take a step forward with.

It’s worth prioritising your time to go and meet the construction manager or GM of another business. And remember, when you’re polite about it, you can always so “no” at any stage during that process. Just meeting with them does not obligate you to go and work for them, and saying “no” won’t burn any bridges. So, in some ways, some of the questions that people are trying to answer upfront stem from the hesitation of getting into that process and then turning around and saying “no”. You should feel comfortable having the option to say “no” as a meeting is a two-way street. If from the meeting you ascertain that it does not meet your criteria, don’t feel worried to say so.

Importantly, the reality is that you’ll have a much better outcome if you meet a few companies before deciding on any job because you’ll have more information and points of comparison.

And on the flip side, if you feel like progressing further, don’t forget about the cultural aspect and ask to meet the person that the role will report to as the next stage of the process will be to find out how you get along with what will become your day-to-day work environment and the person you’ll be spending most of your time working with and answering to.

And if you then see them at your next industry event, it’ll be even easier to go up and say ‘hello’, and the flow-on effect is that there are more people at the next event you can talk to. So even if it’s not the right role this time around, you never know where it’ll lead, as they may move to another business that you like the look of because of the projects or whatever, and they will remember you.

Even though it’s a candidate’s market now, you could be selling yourself short if you don’t meet with businesses to find out what they are all about straight from the horse’s mouth. That’s where you’ll get a true feel for the job on offer and have your specific questions answered. Don’t run the real risk of ruling out great opportunities for the sake of waiting on extra information, which will never be in-depth enough to base a decision on.

Look at your priorities through a different lens. It’s important to remember that meeting with the business is merely a part of a process and a way to find out more and network better. You can always politely say ‘no’ whilst still building great relationships that will see you through any job market.

Our advice is that if a job looks like it ticks most of your boxes generally, meet the company to find out more! This way, you can make better comparisons and be better placed to obtain / secure a role that best suits your needs.

Transitioning from head contractor to client side: is the grass greener on the other side?

Working in a Large Builder vs a Smaller Builder: the Pros and Cons (part 2 of 2)