How has Covid impacted construction salaries over the last 12 months?

How has Covid impacted construction salaries over the last 12 months?

We were paddling neck-deep through the COVID pandemic this time last year. And it was creating a lot of uncertainty for Queensland’s commercial construction sector. 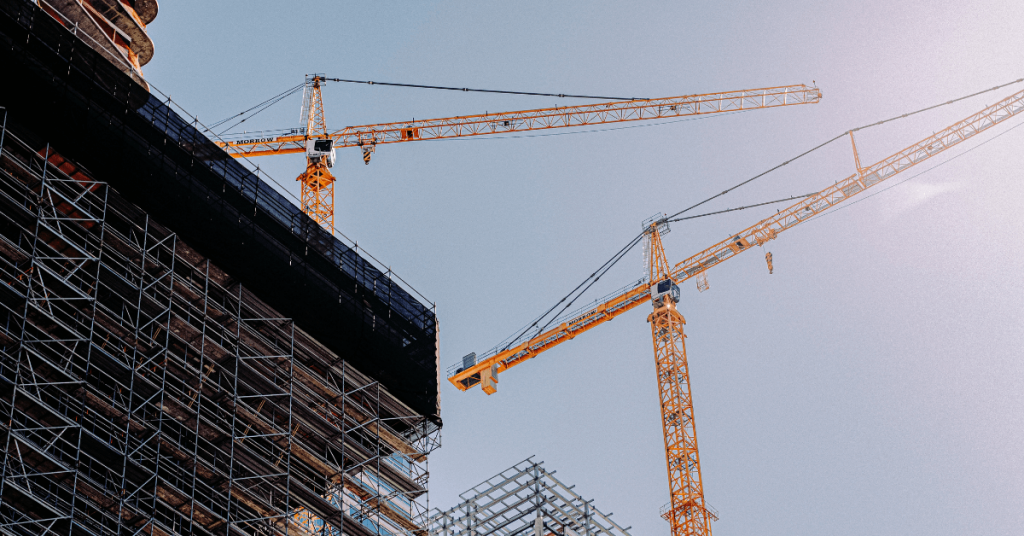 As a result, redundancies and pay cuts of 20 to 30 per cent were widespread across the industry, as builders worked to manage their operations through this time.

Couple this with the very tight project budgets the commercial construction sector has experienced for a while, and as far as salaries were concerned, we weren’t expecting great things from the 20/21 FY.

We discussed this in detail in our 2020 Salary Report. But now that we’re in the process of putting together our Salary Report for 2021, we thought we’d revisit the topic.

So, here’s a look into the pandemic’s impact on construction salaries over the last 12 months and what we expect to see change (if anything) over the coming months.

Annual Wage Growth in construction grew below the inflation rate.

After all the uncertainty of the past year, it’s not surprising to see that construction wage growth rose below inflation over the last year.

The latest data in the ABS’s Wage Price Index Reportdocumented that a rise of 1.3% was seen in construction salaries since March 2020. This is compared to the 1.8% increase seen in the previous year and the 2.4% growth in inflation over the last 12 months.

Jobseekers had to readjust their salary expectations to shift roles/step back into the market.

With many stand-downs, redundancies, reduced hours and workers on Job Keeper due to the pandemic, there were noticeably more people available for work in the last FY than there had been in previous years.

This generated a swing in the commercial construction market – from many years of being an employee’s market to an employer’s market.

With this swing came increased competition for roles.

Those currently employed, who were looking to maintain or increase their salaries, found themselves competing against those who had been made redundant through the pandemic and were aiming, at best, to maintain their salary or take a pay cut to get back into employment.

Not to mention, the uncertainty of the market meant builders were approaching their hiring needs with great caution.

The result of all of this was that many construction personnel were forced to adjust their salary expectations.

Sometimes, taking pay reductions of around 10% to shift employer’s or get their foot back into the market.

And this is something that continued to be the ‘norm’ right through until February of this year.

So, while 10 per cent doesn’t sound like a large amount – it says a lot about the market we just experienced.

The market has pivoted in a positive direction

Queensland’s reported unemployment rate as of May 2021, is lower than it has been since mid-2012!

Nearly one million Australian workers have jobs that they didn’t have twelve months ago, and the number of unemployed workers has declined by almost one quarter since the pandemic started.

It’s a recovery beyond what we could have imagined this time last year.

And we can confirm that while we’re still very much feeling the ebbs and flows of the pandemic – construction employment has bounced back.

Our team has experienced a busier recruitment period over the last 6 months than we had in the 24 months prior.

However, this swift recovery has created a mismatch in job ratio to candidates, one that is not in favour of the employer.

Yep, we once again find ourselves in a candidate short market.

So, what does this all mean for jobseeker salaries?

Job seekers no longer need to adjust their salary expectations to step back into the market or shift roles.

And while it’s still early days, if the market continues the way it has been – we expect to see wage pressure as a result.

Your bargaining power as an employee will increase, and with that, your opportunity for salary rises.

What that increase is going to look like we can’t yet comment on. But, keep your eyes peeled for further information around this in our 2021 Salary Report!

We’d also say, if you’ve been keen to negotiate a pay rise with your employer over the last 12 months– the market is now steady enough to start thinking about your circumstances and whether it’s fair to ask for one.

As always, we’d recommend evaluating the situation before you go in for it and wait for a normal milestone like a performance review or the finishing up of a project to occur.

To head into your salary review with confidence, you can register your interest in receiving Construction People’s 2021 Salary Report here.

Once we release the Report, you’ll be among the first to get your hands on a copy!

Ian is the Founder & Director of Construction People. As well as overseeing the daily operations and expansion of the company, Ian looks after our property and construction clients. To discuss any of your recruitment needs with him, as a client or job seeker, contact- ian@constructionpeople.com.au or connect with him on LinkedIn
More by Ian Richardson

The Importance of Attitude and Aptitude for Construction Cadets: Stand Out From the Crowd

10 minutes With Suzanne Roberts: Trends in Employment Demand for Client Side Project Managers